The weather today is affected by top cover but a task of 304k has been set and the competitors are currently around Alconbury.

Update: that tricksy top cover proved to be a bit much for some pilots. Two competitor got round, 5 landed out - some almost back at Booker - and 4 bailed out and came home. The landouts are all safely back, apart from George's Pik which is locked in a field for the night.

Good  forecast, briefing in progress and a 320k hdt to the Northeast has been set.  Most gliders are half way around the course and conditions are excellent.
Preberi več...

....and everyone had a good time - apart from 161 who had to manage without varios after the first TP. Another good day in prospect tomorrow.
Preberi več...

The grid has launched and it looks like we will have a competition day.
Preberi več...

For Sunday we have a small 100k task to the NW. We currently have cumulus under spreadout cumulus and cloudbase is 2300 QFE. The Sat Pic shows some gaps to the East so competitors have been asked to be ready to launch at 16:30.  Again the clearance came too little and too late so it was another SCRUB - followed by beers on the verandah.
Preberi več...

Saturday grid and wait - then scrub

A HDT task set to the South, everyone is on the grid and we are waiting for the promised bit of good weather.  Better go and take some cheerful pilot photos.  We SCRUBBED in the end although the weather perked up a little. Cloudbase was just 2500 QFE and there were large poor areas near the airfield.
Preberi več...

I've added Turnpoint and airspace files for the competition. They may change before the competition starts, so check back here occasionally. There are 414 turnpoints, nothing north of Husbands Bosworth, east of Chatteris, or west of North Hill. Airspace is a bit larger and should include frequencies of the controlling authority. When the competition starts, .igc files should be emailed to bookerscorer@gmail.com or filed using one of the PCs in the clubhouse by right clicking the file(s) and usin...
Preberi več... 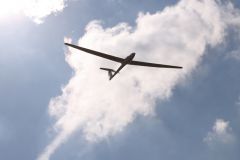 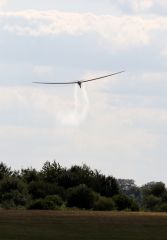