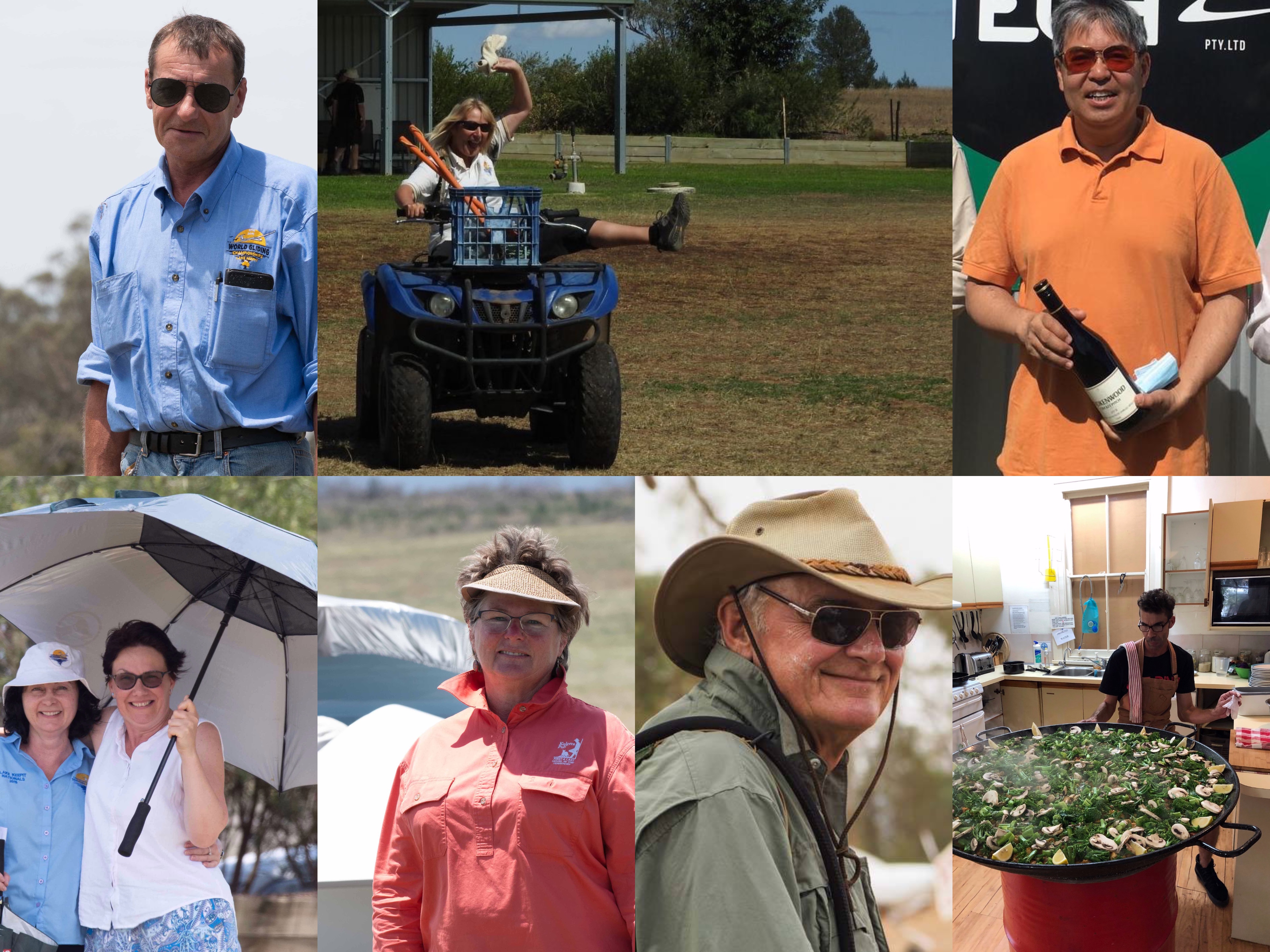 The final installment of who's who in the zoo at NSWSC20.  If you've not been featured, it's only because we couldn't get a photo of you! Mac Ichikawa (1M) of HVGC, ably crewed by Akemi Chris Bowman (PO), kindly shaded by Michelle Christian Linnet (XQV) of LKSC Kerrie Claffey (T1) of Soar Narromine Matthew Atkinson (V8) of LKSC Nick Singer (F1) of LKSC
Preberi več...

Not yet fellas!  Just one more day to go before you can hook in. The penultimate day's winners (L to R) are:\ Bruce Taylor (QR) Allan Barnes (S7), & David Pickles (AY)
Preberi več...

A slight delay in the completion of scoring this evening as scoring was interrupted by an assault from a dentist.  Nevertheless, the results from the penultimate day of racing are now in and we've been rewarded with some jostling at the top.   Among the short wings, David Pickles (AY) repeated his first place performance from yesterday, leading the gaggle home with 103.96kph.  That not only beat all others in the group by points but also 'off the stick'!  Allan Barnes (S7) came second with 103.9...
Preberi več... 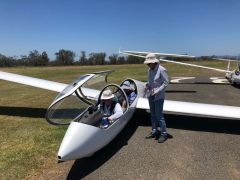 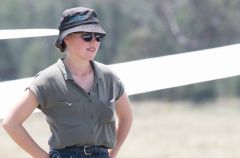 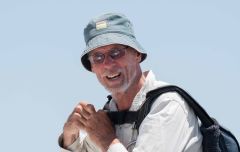